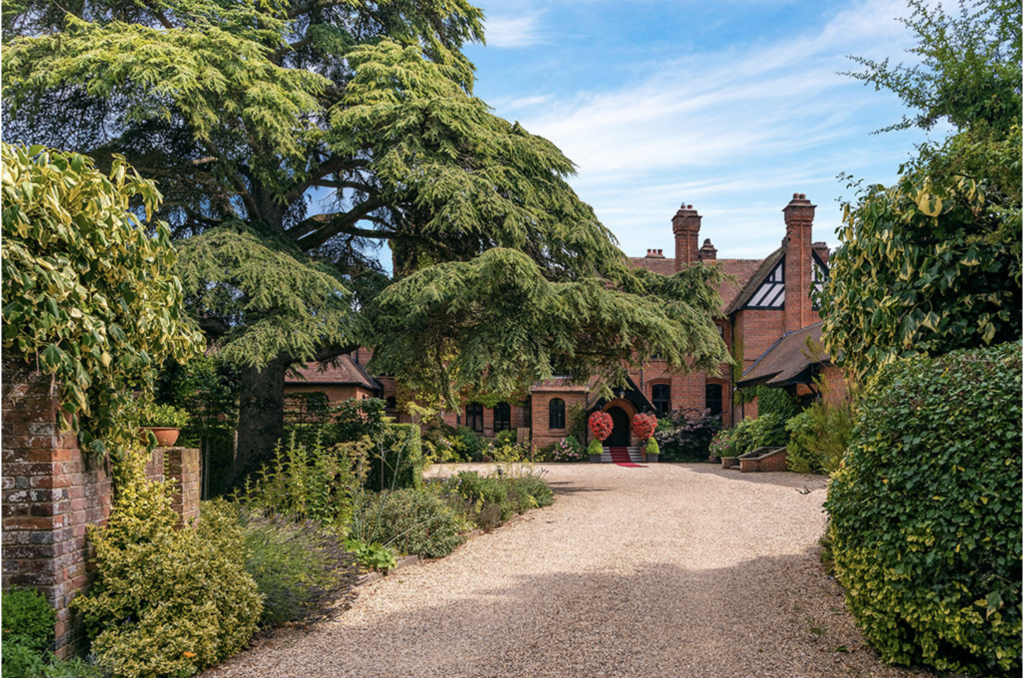 Established by ‘William The Conqueror’ as a royal hunting ground in 1079, his ‘Nova Foresta’ was one of
the most frequented and enjoyed by The King and his entourage. They would hunt from one hunting lodge to the next. Servants would clear up after breakfast and race through the Forest to the Lodge to prepare and light fires, ready for the hunters arrival later in the day.

Most large lodges such as the old manor, now known as Careys Manor, would have a retainer who managed the property on a permanent basis. Charles II gave the old manor, to John Carey for services rendered during the period 1660-1685.

The Bowden-Smith family took over the ownership of the house in 1790 when Robert Smith, a wine merchant, married Miss Bowden from Cornwall.

The original house was built about 100 yards into Brockenhurst College grounds but was demolished. The present house was built in 1888 and stood in approximately 14 acres of grounds with its own tennis court and the village cricket pitch. Herman Bowden-Smith built a row of houses within the village that is now known as ‘Careys Cottages’. These were given to the village so they could be rented to the poor, with priority given to the retired estate staff.

Herman Bowden-Smith was the last member of his family to own the house, which he sold in 1934 before
he went to live in Switzerland. A Dutchman called Mr Builderbeck bought the house and turned it into a Hotel with most of the land sold off separately to the local council.

During the Second World War, the Hotel was used to accommodate the 2nd Batallion Welsh Guards. The terrain and natural landscape of the Forest provided the perfect training ground in the lead up to the D-Day landings. The Canadians came to the village in 1943 and an HQ contingent occupied Careys Manor. The children’s Christmas party which they hosted in December 1943 is still remembered with fondness by some today who tasted ice cream and peanut butter for the first time.

The present owners bought the hotel in 1975 and added the Carat Club in 1984, the East Garden Wing in 1987 and the Manor Suite in 1988. The Health Club then underwent extensive refurbishment which became SenSpa in 2004. In May 2009, the hotel bedrooms and suites underwent significant refurbishment. Offering a mix of both traditional and modern oriental features, the bedrooms were designed with luxury and comfort in mind. This included 36 Garden Rooms and all Manor Rooms with the garden rooms becoming our well-appointed Oakwood Rooms.

In 2004, The Health Club underwent an extensive refurbishment and was transformed into a 24000 sq feet state-of-the-art Thai spa, SenSpa. Extensive research that was undertaken, visiting spas in Europe and Asia to bring together the best of the West and the East, namely Western hydrotherapy, Thai inspired treatments and service ethic and with a £6 million investment in the project these facilities are world class.

Client
Careys Manor and Sen Spa
Date
2018
Services
77 Bedrooms, Sen Spa
Our Role
IT, Telecoms, Wi-Fi, CCTV Support
Are you worried about your IT security?

Book your free of charge IT security health check today

“When we needed some outside expertise Hotality were recommended to us by another of their customers. I
cannot praise them enough – they even liaised with the software vendor on our behalf after the project had
finished and came up with a solution.”

“Hotality were great in helping us migrate the email in our hotels to Office 365.”
“We’ve worked with the guys at Hotality for more than 3 years, and during that time their professionalism and
experience has been second to none.”

“Choosing Hotality to provide my IT Support has been one of my better decisions.
When we wanted to update our guest Wi-Fi, they were able to design and install a solution throughout the
hotel, which gave our guests a much improved experience.”

“For the past couple of years Hotality have performed our IT Support. During this time they have given us a much more
stable network, and enabled us to offer our guests better Wi-Fi throughout our other properties using a point-to-point
Wi-Fi solution. Hotality have been fantastic, always on hand when we’ve needed them and would highly recommend.
Hotality are the ideal IT partner for any company.”

“Since we chose Hotality to do our IT, we’ve had far less issues than we used to have.
They are always on-hand 24×7, whenever we need them.
I like just having a single provider to manage our IT systems, CCTV and phones.
Would I recommend Hotality? Absolutely.”

Looking for a Hospitality Technology Partner?